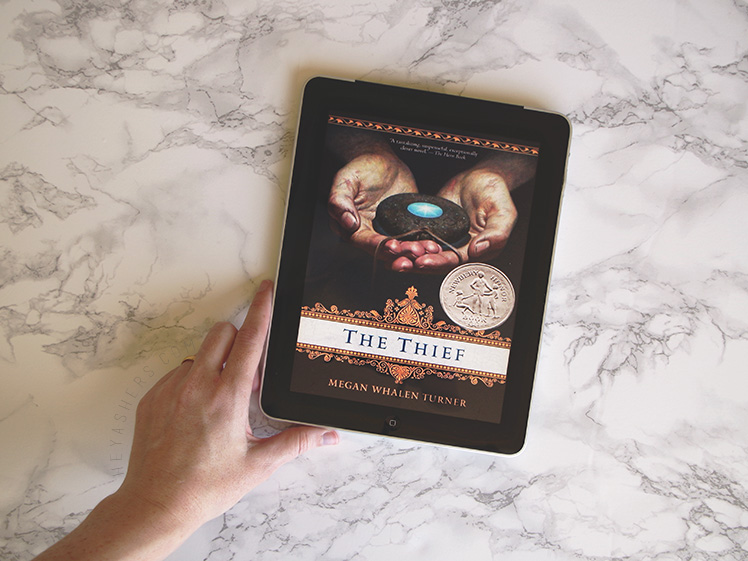 Just shy of five years ago I said This book is made of awesome, and you replied, I think I shall have to look into this. According to your Goodreads account, you never did.

I’m not making any accusations here, but you missed out. I just want you to know that.

The Thief is one of those books that sounded somewhat interesting and had a good rating on Goodreads (I didn’t read any reviews, just saw the number of stars it averaged), and therefore took me totally by surprise with its greatness.

Because I don’t want to spoil anyone else’s surprise, I’ll return to my roots and, as vaguely as possible, present you with a numbered and bulleted list of a few of the book’s finer points.

“I can steal anything.”

After Gen’s bragging lands him in the king’s prison, the chances of escape look slim. Then the king’s scholar, the magus, needs the thief’s skill for a seemingly impossible task–to steal a hidden treasure from another land.

To the magus, Gen is just a tool. But Gen is a trickster and a survivor with a plan of his own.

I think these three excerpts (about horses, because naturally) do a fair job of portraying how his personality colors the narration:

I don’t want to spoil any of the tension or plot points, so rather than seeing an excerpt, you’ll just have to take my word for it.

There’s a lot of good in this book, but it isn’t without its problems. The most egregious: the reader doesn’t see one particular (important) scene play out; instead, it’s described by another character after the fact. The whole last quarter of the book would have been significantly more powerful if we had seen this one scene from Gen’s perspective as it was happening.

I’m happy to assure you that the book did hold up to rereading, and will fairly soon be joined by the next in its series in my permanent collection. (After I make room for it on the shelf. Um.)