And it’s true; I’m not dead! What I am is deeply embarrassed by the length of my hiatus.

Let me reassure you that no, it did not take me three months to move. The moving stuff was easy—though reorganizing my books took a few tries before I was satisfied. 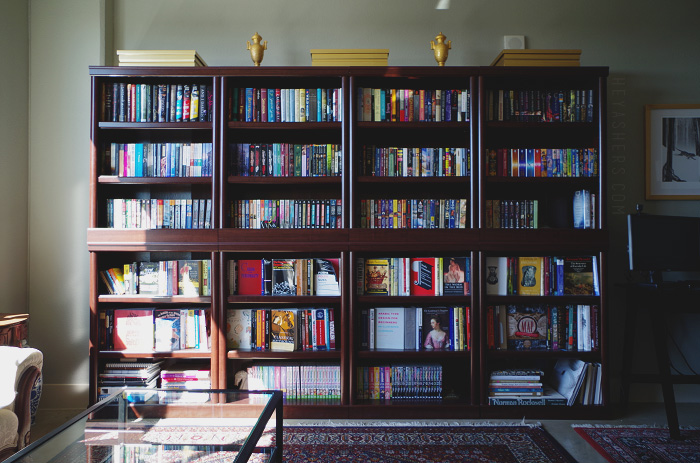 While all of you have been honorable and dedicated book bloggers, I’ve been awful: I read several books but took zero notes. Prepare yourselves for the worst mini-reviews you’ve ever read.

It was a quick read, and the magic system was interesting, but the plot and its “twist” were predictable, and its characters weren’t as deep as I’d expected—which resulted in a lackluster gay romance.

I could have enjoyed this book, if it were a parody of the YA paranormal romance genre. But it’s not, to my fascination and horror. It doesn’t intend to get (approximately) everything wrong, and yet somehow it manages to do just that. After reading the first half, I skimmed the second. I’d anticipated using this book for my second snarky read-along, but just no. I found absolutely nothing to enjoy about this book, and won’t put myself through a thorough reading of it.

You guys, this book. I’m a big fan of Lindsay Ellis (Nostalgia Chick), but somehow I missed that she and her buds crowd-sourced a YA paranormal romance parody novel project. This book (and its fake author) are the result, and it’s brilliant. They chronicled the progress of their project on YouTube (yes, I recommend you watch it before reading the book), and read a hilarious excerpt from the book at the launch party.

This is the third or fourth time I’ve read Unspoken; it’s an old favorite, and continues to hold up to rereading. Great heroine, lovely focus on friendship, interesting and unconventional approach to romance, fascinating mystery, fantastic pacing for the first book in a trilogy. I love it so much, I should probably devote a whole post to it. It’s not perfect, but the fact that I reread it regularly bumps it up that extra half star.

Also a reread for me, in preparation for finally picking up the trilogy finale. A decent continuation of the story, though it’s definitely flawed, and I feel it lacks some of the oomph of Unspoken because the mystery of the first book has been solved. Maybe focuses a bit too much on the characters’ relationships than on the plot, and the bad guys are a little too flat to be realistic.

I have some problems with the primary conflict (all those flat bad guys again) and the romantic conclusion, and there was a bit more relationship-angst than I’d have liked, but overall it was a decent finale.

This one broke my heart because I was certain it was going to be a solid 4.5 star read. I couldn’t bond with the characters, the action was repetitive (run away, hide, get found, run away…), the characters’ motivations at key points were questionably developed at best, and—worst of all—the igniting action that sets off the entire plot was unforgivably unrealistic. This book has a fatal case of “in order for the entire book to work, these certain characters have to first experience a temporary IQ drop from 120 to 5.” It makes zero sense, and I hate it. But hey, the premise is neat!

I approached this book with both excitement and despair, because I’ve been tinkering with a female-Vlad-the-Impaler novel since, uh, 2003. How awesome is it that someone else published the idea that I’d been working on for so long? Super awesome! And also super heartbreaking. Fortunately, this story is not too similar to mine, so I don’t feel like I have to scrap my version. Unfortunately, I went into this book thinking it was a stand-alone, and the tedious pace almost killed me. Wish I’d known that it’s a biography, literally starting with the protagonist’s birth and ending just when things become interesting. It felt like a 475-page-long prologue—one I already knew the plot (“plot”) to, because I’m familiar with Vlad’s life story.

Made it through the first few chapters, but the heroine was one big nope for me.

I loved the first book‘s focus on character development, and the characters continue to be the focus of the next three books in the series—sometimes sacrificing the more exciting external conflict as a result. These are slow-paced books, and I love how the world is slowly (and realistically) imploding under the human/non-human conflict; the author’s attention to realism makes for fascinating reading. Honestly, I binged all three of these books in a row, and I can’t wait to get my greedy hands on the next.

It’s such a relief to read about a heroine who is realistically scarred (physically and emotionally) by the lifelong abuse she survived. What I loved: everyone’s grey morals; our heroine’s fumbling attempts to navigate the situation she’s found herself in; the conclusion; and the new character we’re introduced to in the epilogue (whom I actually find more interesting and engaging than the heroine). Alas, the secondary characters were flat, and the external conflict wasn’t as compelling as it could’ve been.

I set this one aside after about fifty pages. Both the heroine and the prose annoyed me, and my attention kept wandering off to more interesting things. If the book wasn’t nearly five hundred pages long, maybe I could’ve kept going (I’m intrigued by the premise), but eh.

Chalice is a comfort read that I pick up every year or two, when I need a quiet, simple story with just the lightest touch of romance. McKinley’s prose isn’t for everyone—it might put some of you to sleep—but I find it comfortable and soothing, and the heroine’s inner journey makes it worth every reread.

Kindly keep in mind that all of the above star ratings are estimates based on my unreliable memory of my reaction to each book. (Maybe I should add an extra question mark after each one, to emphasize my embarrassed uncertainty. Um.)

I’ve missed you guys like whoa, and can’t wait to try to figure out what’s been going on in all your lives these last few months via context clues in your upcoming posts. If I missed anything important, or any reviews/discussions you knew I was eagerly anticipating, I’d be eternally grateful if you’d toss their links my way. I wish I could scroll back through all of your blogs, but I haven’t yet figured out the knack of speed-reading while going without sleep for a week straight. Maybe one day?