Go ahead, do a double-take; this is indeed a tag post, and no, I’m not less shocked than you. Perhaps I’ll even get around to completing all the tags you guys have so sweetly tagged me in over the past [embarrassingly large number I won’t cite here] months?

My new bud Diana @ Diana Prince Reviews tagged me for this one (thank you!), and the tag was created by Kirsty @ Kirsty and the Cat Read (thank you, too!).

A Tale as Old as Time

A popular theme, trope, or setting you will never get bored of reading: 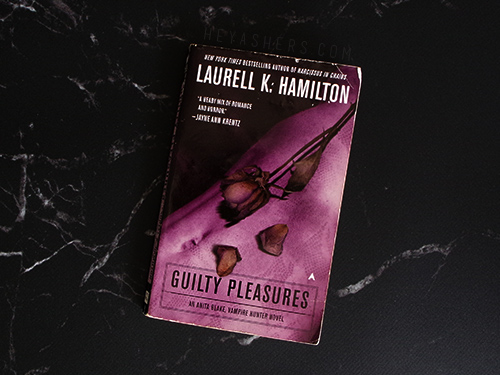 The character arc I’m most drawn to is the descent of an originally upstanding/righteous person into a morally grey one. You know the character I’m talking about: the one who starts off sneering “How on earth could you do that? That’s so wrong,” but slowly realizes that the world isn’t black and white, and they themselves need to bend or break their moral code in order to survive/achieve their goal/whatever.

I’m pretty sure the Anita Blake, Vampire Hunter series by Laurell K. Hamilton was the first series I found that truly satisfied this particular character-arc obsession of mine. Anita (a human vampire-slayer who can raise the dead) began with a couple unshakable beliefs: (a) humans are inherently good and vampires are inherently evil, and (b) there’s no blurring line between good and evil. But oh, how that changes over the course of the series, as Anita’s drawn deeper into the non-human world and forced to make decision after decision that challenges both her identity and her worldview.

A book you bought for its beautiful cover that’s just as beautiful on the inside:

I didn’t originally buy Deerskin for its cover; I bought it because Robin McKinley. But look at that cover! I was instantly in love with it.

And even though I knew I could expect the book to be amazing (because, again, Robin McKinley), I’ll admit the story still blew me away.

Deerskin tells the (brutal, quietly hopeful, beautiful) story of a princess struggling to reforge her identity and create a new place for herself in the world after being the victim of incestuous rape. It’s a deeply emotional story, and its impact is intensified (for me, anyway) by the beauitful, lyrical, very fairy-tale-esque writing style that seems initially so at odds with the atrocity of her rape.

I dislike every synopsis Goodreads offers for this book, because they make it sound like either an adventure or a romance—and yes, there is some adventure and a smidge of romance in the book, but the story truly focuses on the heroine’s struggle to overcome her trauma.

A book you didn’t expect much from but pleasantly surprised you:

After falling immediately in love with the Anita Blake series, I dabbled in quite a few unsatisfactory urban fantasy series—so many, in fact, that by the time I picked up Diana Rowland’s Mark of the Demon, I was well and fully jaded. “Yet another disappointment,” I (probably) muttered as I sat down to read it for the first time. But nope; I actually enjoyed it.

It’s no masterpiece, but the series has some great things going on—including an overarching plotline and a major plot reveal/twist that are almost identical to the plot and reveal/twist in a popular YA series. I really wish I could tell people, “Hey, you liked that plot and twist? Have you heard of this adult paranormal series??” except that, in so doing, I’d be spoiling so much about these books. *Shakes a fist.*

All that said, I haven’t read past book five, and I’m not sure how well these books hold up to rereading (or even critical reading). Guess I’ll have to go back through them to find out, and keep my fingers crossed that the latest installments are decent.

A book everyone loves that you don’t:

A loyal sidekick you can’t help but love more than their counterpart:

Despite his slender stature and and politely unobtrusive manners, he’s second in command of the pack for a reason: he has exactly the necessary combination of cunning, control, and calm to balance Lord Maccon’s more volatile nature. He’s highly intelligent, efficient, and will work himself to exhaustion to help others. Add to that Lyall’s gentlemanliness and quiet sense of humor, and there’s no contest. I mean, look at him: he’s basically a Hufflepuff, and Huffpuffs are the best.

A book that helped you through a difficult time or taught you something meaningful:

Can all of us who were awkward and shy booknerds as kids agree that childhood can be difficult all on its own, without any additional external complications? Because yeah, I’ve had a great life, but the awkward-and-shy-booknerd thing sure felt rough at the time.

Add in the fact that I spent all my non-book-related free time with horses, and you can see why I was obsessed with Mercedes Lackey’s numerous Heralds of Valdemar books, starting with the Arrows of the Queen trilogy. Lackey writes about quiet kids who gain power, self-confidence, and an important place in the world after being magically soul-bonded to intelligent telepathic horse-creatures. These books and I were destined.

I’m pretty sure these are the first books that I ever reread for comfort.

A book or series that you weren’t into at first but picked up towards the end: 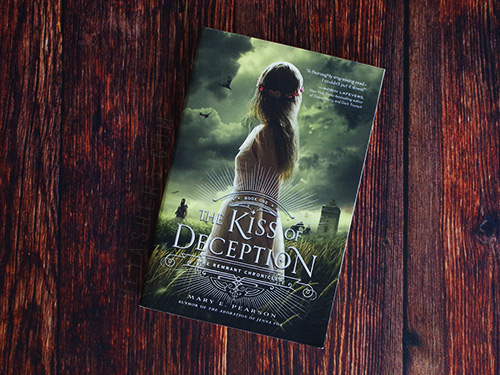 As I’ve said before, Mary E. Pearson’s The Kiss of Deception wastes its first two-thirds or so prioritizing ridiculous romantic maneuverings and silly angsting over actual plot development, which just about killed me. But once the plot kicked in (with actual action, adventure, conflict, and stakes!), I was all over it.

I’ve been hearing good things about the second and third books, too, and can’t wait to (eventually?) pick them up. One day! (Here’s hoping I don’t need to reread The Kiss of Deception first, though. I don’t know that I’d survive reading it twice.)

A fictional character you’d love to have over for dinner: 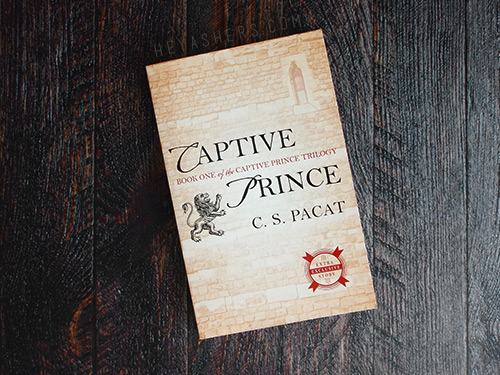 I’d invite Prince Laurent of Vere in a heartbeat, for two reasons:

There are definitely other characters out there whom I’d feel more comfortable hanging out with, but I have priorities and those priorities involve  improving my writing.

So: hey, newest followers! If you do complete this tag, it’d be awesome if you could leave me a link in the comments, to make sure I don’t miss it. I’d love to read your answers, but no pressure (etc).

Niraja @ Fantastic Books and Where to Find Them

And, of course, if anyone else wants to be tagged, consider it done!

Thanks again for the tag, Diana!

31 thoughts on “Beauty and the Beast Book Tag”