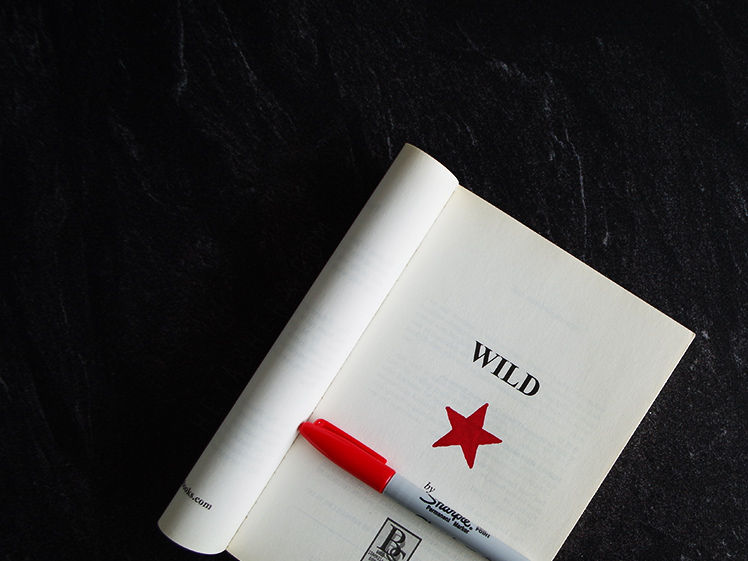 Here’s a prediction: my 2017 will feature a bunch of independently published LGBTQIA+ fantasy books, and very few of them will earn as many as four stars.

Every now and again I come across a post, Tweet, or glass bottle in the river with a message curled inside reading It’s book-blogging best practice to rate indie books more generously than traditionally published books.

I can see a lot of potential benefits of rating indie books more generously; for example, if higher ratings lead to increased sales, they might also lead to:

(a) more productive authors, who, because they’re practicing their craft, might
(b) hopefully begin to produce higher-quality work, which
(c) will gain even more praise and attention from readers, and might
(d) encourage major publishers to produce more stories that have been relegated to indie publishing (such as minority-led and minority-written stories).

Whatever their reasons, bloggers who rate indie books more generously are doing what feels right and best for them, and that’s exactly what they should do. Every blog’s audience and goals are different, and that’s awesome.

But giving out extra stars just because of a book’s publishing route feels wrong for me, personally—and because I’ll be featuring more indie books in 2017 than I did this year (my thirst for gay, asexual, and genderqueer fantasy is wrecking me, you guys), now seems like a good time to explain why.

Why I Won’t Do This Thing

As a super-critical reader (who can’t turn the criticalness off, oh my god, why did this not come with an emergency shut-down switch), I only fully trust reviews from other super-critical readers—who, unfortunately for me, appear to be in the minority of (the gazillions of) book reviewers online.

Honestly, I get discouraged and frustrated by the fact that I can’t trust a book’s high average star rating on, like, Goodreads to be even a vague indication of the book’s quality. It’s awful to be consistently bored, aggravated, and/or infuriated by books that have an average rating above four stars.

So I rely on a group of several dozen critical readers to better gauge which books I should read, and I thank god for every one of them. I need reviewers whom I can trust to not sugar-coat their ratings, because they’re the ones who save me from getting my heart (and sometimes will to live) broken by one disappointing book after another.

And I want to be a trusted reviewer who helps other picky readers determine if a book is with their valuable time, money, and critical-reading hearts. Softening my ratings would, in my eyes, be kind of a betrayal of the trust readers put in me as a reviewer.

Oh lord no, I’m not saying that authors need to read the negative reviews of their own books. What I’m saying is that other writers—whether they’re hobbyists or aspiring authors or many-times-over published authors—can learn to better their writing by reading and engaging in honest critiques of other people’s books. That was actually the primary reason I started this blog: to improve my own writing through critiques, and hopefully help other writers do the same.

Because yes, writers need outside feedback on their own works, but learning from the successes and failures of others is equally important. And if my perspective on a book’s execution can help some other writer craft better books, I’ll be ecstatic. I can’t imagine a better, more fulfilling achievement than that.

But being more generous with my ratings and softer in my critiques would have the opposite effect. Boosting ratings creates the false idea that those books actually deserve that generous rating. I don’t want writers to think that mediocrity is anything but mediocre; I don’t want them to think that poorly written stories are actually fairly good; I don’t want them to decide their writing is of an acceptable quality and doesn’t really need further work when it can be vastly improved.

I know I don’t have any real influence all by myself, but I do feel it’s my duty to remain honest and critical.

It’s not just writers who need that honesty; giving higher star ratings to poorly or adequately written books can indicate to publishers and editors that readers are satisfied with that level of quality. Readers should never stop supporting and demanding better-written books. Yeah, perfection is impossible, but we deserve the best possible books we can get our hands on.

Honestly, the idea that writers, editors, and publishers might doom me to a life spent wading through mediocre books because they’ve read those mountains of uncritical and too-generous reviews and decided “Readers are satisfied with what we’re putting out, so we don’t need to waste time and money improving our books” fills me with horror. Hopefully this is just a thing of my nightmares, and not likely to actually occur.

You’ll notice in the few indie and self-published book reviews I’ve already posted, I’ve said some variation of “Because this is an indie book, I’m going to phrase my critique more gently than I normally would.”

What this does not mean: “I’m going to be more forgiving of flaws, and give the book a higher rating than I normally would have.”

What this does means: “This critique will not involve obscenities and capslocked snark, for the sake of the author’s feelings.”

I’m fairly confident stating that no author enjoys a negative review, but I feel an extra stab of sympathy for self-published and indie authors, for whom one negative review might not be so quickly drowned out by a flood of positive ones. In general, the more popular a book is, the more comfortable I am with expressing in careful, italicized detail, the full force of my eye-rolling, boredom, headdesking, etc.

(This isn’t to say that I will never resort to obscenities, snark, and plaintive wailing while critiquing indie books; just that my instinct is to be more diplomatic.)

Regardless of how gentle my phrasing, though, if an indie book deserves only one star—like Wild, in the featured image—that’s how many stars I’ll give it.

What do you guys think? Are you more generous with indie books? Do you have strong feelings about the “best” way to rate indie books? I’d love to hear about it!

67 thoughts on “On not rating indie books generously”